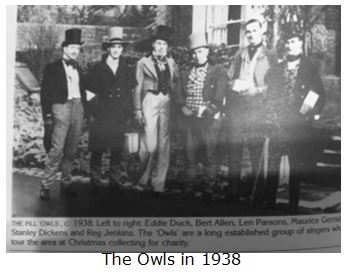 The Owls of Pill first went Christmas caroling in 1919 and have continued to do so each year.